Top 5 funny facts about Hungarians. Do you agree?

In this short article we have collected some typical Hungarian characteristics and habits from everyday life. The article is purely subjective and you may find it biased but later on at the end of the article you can place your vote. So do not worry, you’ll have your say if you agree with us or not.

Hungary is a relatively small country located in the heart of Europe, a „ferry state” between the Eastern and Western parts of the continent. Since 1 May 2004 the country has been a member of the European Union as a post-communist state with more than 90% Hungarian people living here. Hungary is a nation state without a doubt with its wits and talents, perhaps a very own national charater compared to other countries that have experienced so much foreign rule.

Metro line number 3 (the „blue line”) opens the train’s doors automatically. Even a single journey is enough to take note of this fact. However, more than 80% of people push the button in the carriage to open the door as the train comes close to its stations. This is surely in vain, but gives you the power of control!

If you ever meet a Hungarian, you would say that they are shy. They don’t talk too much, but deep inside they are happy that you’ve approached them. A foreigner is at the level of God in their eyes. Well, it mainly depends on the fact of their knowledge and level of English and the same is true for the level of alcohol in their blood. Mostly introverted, Hungarians need some extra boost to open up. But once they do, they would be your best friend for life!

Hungarians eat lunch at 12:00. There’s a popular culture about this and espacially at weekends. The story behind it is the battle of Nándorfehérvár, which took place near Belgrade back in 1456. when the Hungarians fought the Turks to defend their homeland. According to sources (seriously taught during history classes) the Hungarians defeated their enemy and ever since when the church bells sound at noon, Hungarians commemorate the victory during this special battle. We celebrate with a nice lunch, which especially on Sundays consists of meat soup and fried pork with potatoes with some spicy salad aside.

Hungarians are deeply convinced and proudly starightforward about the fact that their language is the hardest to learn in the world. Studies have shown that this is not true, but fair enough, Hungarian is really among the 10 hardest languages for a non-native speaker in the world. Not a number one position, but still a challenege! If we refer back to Fact number 2., we could experience that some stress free attitude would surely make Hungarians turn into avid teachers, eager to share some of the most difficult words like

Take a shot and try!

Hungarians are famous for the paprika spice. We are sure that we have the most spicy meals in the world, and we are proud of it as well. The chicken soup only looks good if it is all red by the hot paprika inside, and daddy and all the tough guys around the table are coughing all through eating the soup. If you can take control and avoid coughing and sneezing, you’re surely welcome around the table. Hosts tend to say something like this: „It’s not hot, I’ve just swallowed it badly. „It went in the gypsy way.” By the way, gypsyes in Hungary are cool till you see them on TV making music or reality shows, but you don’t want them as your neighbors…

Hope you found this entertaining and don’t forget to place your votes later on at the end of the article. 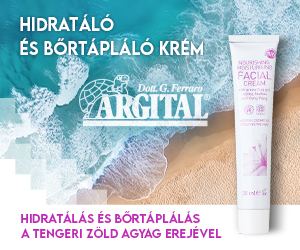